The village of Osbrook is a small rural community in the kingdom of Aldor. It has been under the protection of the Grand Magistrate in recent times, resulting in relative peace for the populace. Nevertheless, frequent bandit attacks make life perilous for travelers in the dense forests around town and rumours about skulking undead circulate among the locals. The woodlands surrounding Osbrook are rich in game of all breeds and sizes, and ruins of once proud strongholds dot the landscape, providing perfect hideouts for brigands. 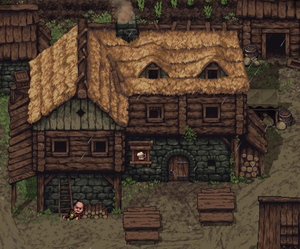 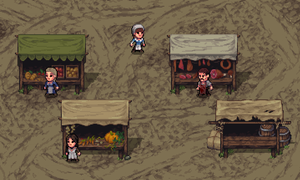 Market stalls in the village center 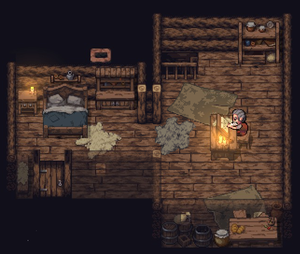 Home of Odar, the village elder

Some of these NPCs can be missing due to an incomplete contract.

In addition to named NPCs above, there are also randomized NPCs:

Their names are selected randomly for each playthrough.